What is the Dream of America for the 21st Century?

It seems like in short order America has gone from being a country of personal freedoms and liberties, led by a good looking black man who possessed grace, intelligence, and humor to being a borderline fascist country run by an egomaniacal madman and his cronies. The people we thought he meant by “the swamp” are instead running the country!

I could go on for hours about what’s wrong, but you likely have your own list already, so I’ll skip that.

Let’s jump ahead to what do we do?

It seems blatantly obvious that the members of the current Congress are not going to anything, at least not soon or quickly. The majority of them appear to be in total denial that there’s even a problem.  For some of us, it has seemed as if something has happened every day that was a “that’s it moment,” yet Congress does nothing.

We are going to have to realize that something else is going to have to happen to effect change. The similarities to pre-Nazi German are too prevalent. We must understand that if we don’t stand up right away and declare our beliefs our silence is mistaken for complicity. The values of our country are under assault, and we must speak up immediately and continuously until the attack is no longer a threat.

As much as I love the power and momentum behind the “Resist” movement, I’m going to suggest we need something more. We need to start thinking in a 21st century kind of way.  Rather than what we don’t want, we need to focus on what we DO want!

We need to come together in unity and purpose. If we want to salvage this country, if we want to save the fundamental aspects of our Declaration of Independence, Constitution, and Bill of Rights, then we need to get together and make that happen.

Your civic duty has never been more important!

Start just by having conversations with your family, friends, neighbors. No one really wants to talk about this stuff, but consider this. We don’t want to wait till it’s too late as so many did in pre-Nazi Germany. You don’t want to look out your window and see your neighbors being taken away.

Make sure your legislators, your Senators, and Representatives know your thoughts. Hold them to them. Require that they represent you.

This is just a start. This will be a long walk. I will walk with you, we will walk together. I will be back with more.

In the meantime, remember, insist on love, first from yourself for yourself, then from yourself for others. Finally, ask others to join you in this exercise. Since we know there is only one of us here, when we learn to love ourselves we help heal the world because we are loving everyone.

As always, thank you for reading! 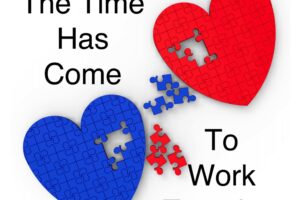 The Fox in the Chicken House

How did we get here? Where do we go and how do we get there? 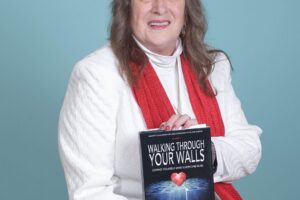 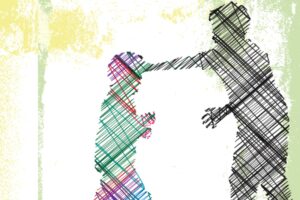 Taking God Out of Context Doesn’t Serve Anyone Well!

Every day in America it seems as if we are[...]