One of the most difficult things we need to get our arms around are the lies that the U. S. government has been telling the people of America.

I’m not here to cite the lies or debate them. The point I merely wish to make is that there are lies, and when there are lies, it breeds all kinds of distrust, assumptions, and mistruths among the people. Why is the government lying to us about anything? There may be a variety of reasons. Recently Americans are scratching their heads about the POTUS’s lies to the world leaders that “Obama did nothing” about Russia’s meddling in our 2016 Presidential election. This is such recent history that I’m certain the entire world realizes they are being lied to.  I can’t fathom what the value of this kind lying might be, but here we have the “leader of the free world” talking to the rest of us as if we are a bunch of drunk or drugged idiots who will believe anything, in spite of our own personal knowledge and experience.  John McCain did nothing on Sunday morning to set the record straight, so there’s clearly an agenda being orchestrated. Trying to figure out the “why” of a lie such as this is tricky business, but I think we can easily figure out “what” the benefit of lying is. I believe the most overwhelming reason for lying, the reward, the “what’s in it for them” is greed.

Even though the rich paid for most (if not all) of the accomplishments in our Country during the 1950s and before, by the 1960s that generosity began to dry up. About this same time some people figured out that a “great” way to make money was to sue people. Certainly, the current POTUS has lots of experience suing people. Mostly he would sue them to avoid paying them.

Back in the day, alcohol helped drive this new revenue stream, as drunk drivers, drunk doctors, and other drunk folks helped provide lots of winnable cases. Alcohol wasn’t the only source, there was a plethora of incompetent and unscrupulous from whom damages were sought. Then lawyers got greedy and “ambulance chasers” and other nefarious schemes were spun into lawsuits. Then insurance rates skyrocketed in response to all the cases that flooded in over all kinds of things including coffee that was sold “too hot.” Then people like the current POTUS used lawsuits to bully people and to cheat and steal from people what was rightly due them.

America, and perhaps the world became litigious as a way to make a living. Tangled up in the midst of this are the cheats and the thieves who contribute the driving the cost of everything skyward as businesses try to offset damages.

What has been created is a system within the United States that places the burden of the financial responsibility for all the crooks and the traitors, for all the liars, on the backs of the people, starting with the poorest of the poor and working its way up through the top of the middle class. Meanwhile, our government has also placed more and more financial burdens on the backs of the people. I knew we were doomed when teachers had to start buying the supplies for their classrooms at the same times their salaries were being cut, meanwhile, the Industrial-War complex continued to grow and thrive.

The stories coming out of the White House and the current administration are filled with nothing but lies and viciousness. In spite of saying on the campaign trial that there was going to be a “whole lot of love” that has been in fact, no love at all but rather a general assault on all that the majority of Americans hold dear.

The people in power would have you believe that that there are rotten individuals all over the place trying to rip them (the rich in power) off. The real truth is that many of them made themselves rich in that exact way, by ripping someone else off or by participating in schemes and plans that accomplished as much.

Interestingly when we look at the lies being told to the masses we discover there is often a wee bit of truth within the claims.  “The election is rigged….” turns out it was rigged, not only by the Dems against Bernie but by the Republicans to help themselves with aid from Russia. “I was wire tapped….” turns out it was a building he owns and his tenants were wiretapped. I could go on, but I think you see the point.

All of these things are a sign that we are living out of congruence with the intent of our Founding Fathers and the documents that created and define our country. We need to start having a difficult conversation about the future of America and our ability to remain the “United States.”

As you vote in upcoming elections, be sure to choose individuals that will be honest with you and forthright. Insist on the truth. When we become intentional in our choices, when we operate from our hearts and not our heads, egos or wallets, we begin to create peace and harmony around us. #InsistOnLove from yourself and from those who represent you.

Thank you for reading.

Let My Country Awake Where the mind is without fear[...] 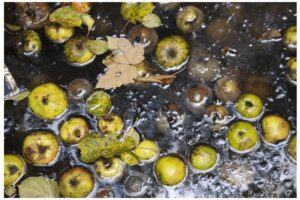 How Do We Love The Rotten Apples?

It seems we are surrounded by rotten apples these days,[...] 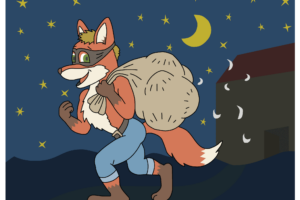 How do we break the "chain of pain" and learn to love one another? Some thoughts and suggestions!