Walking the talk is a path littered with boulders and potholes and earth bound spirits! Part 1

June 30, 2013 Posted by Lynda Lamp About Me, Spirituality & Metaphysics

This is a post I can honestly say, I never saw coming. I can also expect, you’ll come away thinking I’m nuts. I won’t blame you if you do. I’ll just say up front, that the only reason I believe it, is because it happened to me, so I know it’s true.  Much of my life is this way; rather unbelievable, except for my living proof.

I must say that after my Mother passed away, on Thanksgiving of 2000, I thought that was it. She and I were finally done. I had worked through my issues and figured she had finally worked through hers. I imagined she’d be anxious to return to the Light of Source and her Mother.

They declared her incompetent and placed her in a Nursing home. She started out surly; she became more and more combative; she lived tied to her chair, or bed, for if not restrained, she’d hit anyone or thing she could reach. She was hand fed, and her hunger was the only thing that allowed her to behave; otherwise, she was like a wild chimp at a zoo, hurling her food, silverware, everything, across the room.

During my last visit to see her in the early 90s, I asked one of the nurses what she thought kept my Mother going. The nurse said there was something on my Mother’s mind, “She’s obsessed with something.” No one knew what. I never visited again after that. Separated by thousands of miles, since neither of us got anything positive out of the encounters, it seemed rather pointless to even think about.

Fast forward to the year 2000, and a conversation I was having with a friend. She was having a difficult time dealing with her Mother, who was alive, but doing things she was having a problem with, and these were things that had gone on for years. I suggested: “You have to bless her and release her.” I went on to say, “That’s what I finally did with my Mother. You can only find peace in your heart when you forgive and let it go, let them be who they are.”

In the act of saying the words, I actually held the thought in my heart and repeated the process I had performed before. Less than 12 hours later, my mother died.

When I got the call, I knew immediately that the act of saying the words had enabled her to finally let go. She was 85 and had lived tied to a chair or bed, in some fantasy world of her own, for over 40 years.
What never occurred to me, is that like her spouse earlier, she would not immediately cross over and go into the light ~ geesh, after all those years I would have thought that she’d have been totally ready to embrace the light, and become whole again.

In 2008 I had a brief encounter with her spirit, which is a story I’ll leave for another time. At the time I thought she was reaching back from the other side, but I realize now, she’s been here all along. Not acting up, but here, nonetheless.

I’d been working with Lev Natan from The Medicine Tree, and on 5/30/13 we started with a short meditation. Lev did a little sound work and during the meditation, I heard the words “You need to say you are sorry to your Mother.” They were not words I had ever said, although I have come to understand that I did things that made our relationship worse; I was a part of the problem also, it was not just my Mother. (I’m writing my life story, see http://MyLongRoadHomeToAlaska. The process is dredging up all kinds of things.)

Lev is great because he was willing to jump right into this and work through it. We did another meditation and I met with my Mother in a walled English garden filled with Topiary shrubs and flowers. I sat with her and I apologized for being the difficult child that I was. I acknowledged my role in our problems.

I felt amazing, and after the session was over I went about my day; at one point going to the grocery store. As I walked into the store and bore right to the produce section I heard a deep voice call out, rather loudly “UMMA!” and before I could really comprehend what was happening, my 19-year-old Grandson had me in a bear hug. Now I love this child and we have a great relationship, but I have never experienced such an enthusiastic greeting, especially in public! Plus, he had actually gotten out of line, left his stuff on the conveyor belt. What was he even doing there?! Just blew into town for the day; leaving shortly……..

I was walking on air the rest of the day, having interpreted the bear hug a message from the Universe that I had done the right thing, that I had reached a new level of peace, and that my Mother had also.
Lev had encouraged me to continue conversing with my Mother, and in the coming days, I did that. For a few days I felt amazing and so encouraged; I even, rather stupidly it seems, thought she was on board with Oneness and Source, and that we had achieved some peace between us.

What happened next I did not expect. It started with me getting sick in my lungs; my hair quality changed, and walking the talk of love and unity became like walking wearing concrete shoes.

After the glow of my apologizing to my Mother wore off, I started feeling all the energy of my Mother in my life. Summed up in one word: Negative. My mother was an unhappy, unfulfilled, ungrateful woman. Suddenly the energy in my life had become overwhelmingly negative, difficult, annoying. Everything and everyone bugged me.

There are a lot of people who claim to walk the talk but who easily lose their way, many lose their way every day, multiple times a day.  This is not me. I walk the straight and narrow and am extremely disciplined. Normally it comes easily; suddenly, the effort required was enormous.

Two weeks later, in my session with Lev, we talked about what is happening, and we realized she’s earthbound and is now trying to solve her guilt (lungs in Chinese medicine) through me; she’s using me. I’m pretty sure, as soon as she crosses over, my hair will go back to normal! That’s how I’ll know she’s gone.
She always hated my hair and was always perming it; what’s happened to it is it’s become course and flyaway, unruly…..normally it’s straight with waves to it. I love my hair. Not only was it suddenly course and frizzy, I’d developed this strange “rooster top” in my bangs.

Lev encouraged me to engage her, and urge her to go to the light; help her. I helped her my entire childhood; now I have to help her some more. Ok…..

So I had several “conversations” with her telling her what she needs to do, and I realized several things:

1) When I was a child I used to tell her what she needed to do; from the age of 7 to my mid-teens I would lecture her, as she lay prone on the couch, that MY job as a kid is to go to school and get good grades, and HER job was to run the house, and that I could not and would not continue to do both HER job and MY job. Of course, my lecturing never had any positive effect. She always appeared awake when I would rant at her, but she was so drunk, I have no idea what she remembered or if she heard any of it really. Sometimes she’d make promises to change and do better, but they were empty words.

2) She is miserable over the fact that she wanted us to have the same kind of relationship she and her mother had. She was her Mother’s first child and she and her Mother were incredibly close, or at least that’s what I always heard, and recall seeing when my Grandmother was still alive. There was a younger Sister that my Mother always spoke as if she hated.

So, here is my Mother’s spirit, that I’ve basically invited into my life by apologizing to, now trying to express her misery and guilt over our failed relationship, (she did spend 10 years prone on the couch drunk, so she’s got a fair amount to feel guilty over, if she wants to look at it that way).

I, however, don’t care to spend my time in the past with her. It’s about the energy, and I must fix the energy of what’s going on here. She, must embrace the light and cross over, and work out her grief and misery there (where of course as we know, she won’t have misery or guilt).

Ah! I just got it! I will remind her she can become reunited with her Mother if she crosses over.
Yes, I believe I am on the right track. She’ll be gone in a heartbeat!

Until Next time, I thank you, Dear Reader!

Can we use the word “Universe” instead of “God?”

Sunrise Over Resurrection Bay, Seward AlaskaThis photo is unaltered except[...]

Walking the talk is a path littered with boulders and potholes and earth bound spirits! Part 2 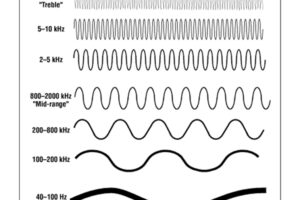 Using Frequency for Change ~ From Resistance to Creation

A quick review: Everything is energy, everything is vibrating. We can impact our surroundings when we take control of ourselves and the energy we are emitting. What we resist, persists. While we think we are doing the right thing by "resisting" we are actually creating more of what we don't want. It's a losing battle. It requires a shift in perspective. Instead of focusing on what we do not like about the situation, we need to change our attitude to one of gratitude for the opportunity to address this challenge. Look at the annoyance as a gift to become a better person or Country in this case.