Leading up to the "Summit" in LA

May 2, 2013 Posted by Lynda Lamp About Me, Spirituality & Metaphysics

As some of you know, I’ve taken a class by Barbara Marx Hubbard, to become an “Agent of Conscious Evolution.” (Although I’ve never thought of myself in those terms ~ the moment I heard the name of the class, I thought to myself, “that’s what I am!; I’ve always been! What I came here to do!” Suddenly, I felt as if I had found a part of myself that I’ve searched for my entire life.
The course, sponsored by Stephen Dinan at The Shift Network was a 12-week class, conducted via web and/or phone, using Maestro Conference Technology.  It is the first class I’ve taken this way and found it to work quite well.  If I wanted to see Barbara during the class, I would use the webcast.  To be “called upon” by the teacher, it is better to take part via phone.  I suppose you could do both by muting the webcast; I never tried it that way.   After the first few calls, I just used the phone.
A few weeks into the class, Barbara announced she wanted to have a “Summit” in Los Angeles, and I registered immediately, without hesitation. Scheduled for the last weekend of April, it was as late into the upcoming lodging season in Alaska (my profession) as I could envision leaving.  I knew I would be cutting it close, but felt it was important enough that I should try to attend. After living a fairly lonely existence in Alaska for 16 years, I was so excited to find similarly minded people, I couldn’t imagine missing it!
I’m glad I registered when I did. Had I waited, I would have had several excuses to stay home.  When Barbara used the word “evil” in one of the last classes, I almost threw in the towel.  I’m glad I didn’t because it really would have been like throwing the baby out with the bath water. I was so saddened when it happened; then I spoke during class to this point, and received no feedback, which was further disheartening. I clung to the belief that there were others on the call who felt as I did, who believed what I believe. I vowed to stick with it, and see this through. I would never know, if I did not.
When the Summit was first announced, it was only open to students of Barbara’s or her sister Patricia’s; they had to have taken one of a list of classes, or be in a current class.  I reserved a room for myself at the hotel, and declined an offer to share with a new friend in my class.  I have friends in LA, and other friends visiting; I had the strongest impulse to leave things open.
My instantaneous reaction upon hearing about the Summit to attend was totally similar to my experience when I heard about Jon Stewart‘s Rally to Restore Sanity in October of 2010.  I jumped out of my seat (literally) and knew immediately I must go.  I felt the similar, mindless reaction to Barbara’s Summit.  I have learned to follow these impulses in my life.
About a week before the Summit, we heard we could bring a friend.  There had been several ways things might evolve, I thought, in terms of my friends in LA and who I might see when.  It had never occurred to me that one of my friends could attend with me; I knew instantly who I would invite! My friend MD, from my Theatre days, who I had known for almost 30 years, and who lives in LA, not that far from the hotel where the Summit was being held!  When we both lived in Michigan we had a very close friendship and studied all kinds of metaphysics and spirituality together. We are both driven to find answers, to find THE answers. We’ve stayed in touch all these years, recently with the help of Facebook; and we’d spoken on the phone about 5 years ago. We hadn’t spent any quality time together since the mid to late 90s.
She said she would look the websites over and would call me the following Monday, the week of the Summit. I would be leaving home on Thursday to make my way south. I offered the share of my hotel room at no cost (I had reserved a room with 2 beds, in possible anticipation of sharing with someone), and felt uncomfortable asking her to invest in this Summit, but the impulse was strong, so I followed it.

During our call when I invited M to join me at the Summit, she said something that made me remember: She and I are Spirit Sisters. We get each other, and share the same view of life, the world, reality. I had no idea however, what path her studies had taken in the past  years, and if Barbara’s materials, and the Vistar Foundation methods, which I knew would be strongly featured, were up her current alley. There are many roads to the top of the mountain.
When my dear friend called on Monday 4/22 to say, YES, she would attend this with me, and would meet me at the hotel for the start on Friday night at 7 PM, I was speechless through my tears of joy.  Overwhelmed I was, with the loneliness I have felt over the past 16 years since leaving Michigan, and I envisioned the two of us sitting in the hotel room sobbing together.  I had no reason to think M shared my loneliness; I assumed in my vision she was crying with me, for me, not that she had her own tears of loneliness in this regard.
I had no idea how I would like the Summit, but I did know that having time with M would more than make up for any disappointment.  I packed with great anticipation of seeing M and an apprehensive interest in meeting the all the attendees. We received no information about a schedule other than start and end times; no agenda. I had no idea what to think about the Summit itself, except that I knew Victoria Friedman from the Vistar Foundation would be attending, and I greatly looked forward to the opportunity to meet her. For a number of reasons, I was feeling greatly disenchanted with Barbara.
Next post I’ll cover the Summit.
Thank you Dear Reader,
With Great Love, Namaste’
<3 LAMP <3
P.S. I welcome your comments and questions.

How to get where I’m going?

We’re enjoying an ongoing winter this spring. I took this[...] 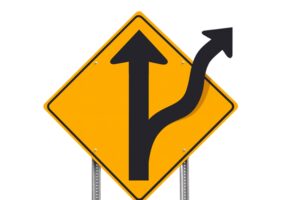 How does this “organization” work?

Other than knowing this will be a free membership organization,[...]