Something’s happening. We’re going somewhere. I’m not sure how much ‘time’ has passed; this tumor has gotten large and I’m having problems. Voices kept telling me to “turn around, turn around,” so I did. Come to find out they meant to turn around head to foot, not front to back, so now it’s a real mess.  The tumor is in the way and now I’m face planted facing her back. I know, I should be upside down because the voices keep telling me that; but there’s nothing I can do now, and besides, I’m dead, or trying, so leave me alone! Being upside down like a bat doesn’t sound good anyway; I’m kind of glad I’m stuck upright. And I guess it’s better having my face away from the tumor instead of my nose buried in it.

It’s so crowded, hot and uncomfortable I’ve been elsewhere for a while; but now she’s on the move somewhere… I wonder where we’re going? Urgh, I can’t see their methods of travel, but I hate that sinking feeling, whatever that thing is. You see, since there really isn’t any such thing as what you call time, every life you know about and every life you’ve forgotten, every year of history, in addition to every year of the future, is all happening now.  It’s hard to explain, but while I’m here having this nightmare of a pre-life with her, I’m also lots of other places having those lives.  It’s kind of like a 3D game of tic-tac-toe, only bigger and more complicated.  We’ll talk about this whole time thing in more detail later. I have other things on my mind.

Ok, so now we’re bumping around…..now stopped.  Walking, oh, I recognize that voice! We’re at the Doctor’s office! This will be interesting! Must try not to move……quiet, quiet, shhhhhh.

I hear I’m still making her sick to her stomach; the Doctor says this is unusual, but not abnormal……..it’s awfully quiet out there all of a sudden. She thinks something might be wrong. This is the last checkup before we fly back to the United States. The Doctor doesn’t sound happy. He doesn’t want her to fly. Oh, YES! He said he can hardly hear my heartbeat! The tumor is working! He thinks she should stay in Beirut. No, she won’t she says. She wants to go home; besides I will be born in the U.S., it’ll be easier for me, she says. She wasn’t going to fly for another few weeks; she’ll move the flight up and go as soon as possible. OK, he says. He doesn’t like it, but she’s strong-willed and will do what she wants anyway.

We head home. She makes a number of phone calls. She sounds worried but determined. We will leave, first thing in the morning. Neither of my fathers will be available to see her off. That does not make her happy. When she is not happy, neither am I.

P.S. I welcome your comments and questions.

Growing the tumor took great concentration; delighted I was when[...] 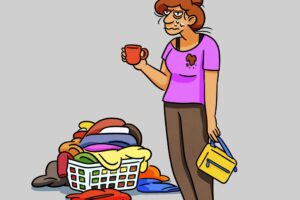 I thought they were rushing me out of the room,[...]