The Universe Smiles With Synchronicity

April 2, 2013 Posted by Lynda Lamp About Me, Spirituality & Metaphysics

This journey must be documented; sometimes the stories are just so amazing, the synchronicity so grin causing!
So here I am, deep into this ACE Training with Barbara Marx Hubbard, being sponsored by The Shift Network. I did some research related to class a few weeks ago and visited several “related” websites. The “Spiritual Evolution” has found its tool, let me tell you! Lots of these sites offer something free, like an Audio, or Video, or pamphlet, to entice you into taking a paid seminar or class.  I’ve discovered a few “free” offerings that have been amazingly helpful and insightful as a result, so there is a lot of good stuff out there. As a result, I’m receiving other emails about other classes and seminars, not just from The Shift Network, but from a few other places it seems.
A few hours ago I received an email from Craig Hamilton at Integral Enlightenment.  I’m not sure where it came from. It’s a long, very long, email.  I wasn’t sure if it was something I needed to care about or not, so I gave it a quick review. As I’m scanning Craig’s missive I stumble upon the following:

“For most of us, the context for our spiritual path is just too small.
In a word, it’s still about us–our own fulfillment, our own happiness, even our own enlightenment.

It’s not that we’re selfish people. Indeed, most spiritual seekers are among the most selfless people on the planet.

The problem is that we’ve all been steeped in a contemporary spiritual subculture that sees the entire purpose of following a spiritual path as personal. It tells us that the reason for working on spiritual growth is so that we can live happier, more fulfilled, more peaceful lives.

Our own comfort and contentment seems like a reasonable enough goal. But as long as our own happiness is all we’re seeking, we’ll never awaken the depth of spiritual passion and conviction required to propel us into genuine evolution beyond ego.
That impetus only arises powerfully enough when we realize that the spiritual path is not about us, but rather is about participating in something far greater than ourselves.

To get a taste of what I’m talking about, imagine for a moment that the fate of the entire human race rested on your shoulders alone. That humanity’s evolution out of brute self-interest depended entirely on your willingness to transform your consciousness.

What if you knew that the human race could advance past its smallness and negative conditioning –if you only became an exemplar of humanity’s highest potential for the world?

Imagine that for you, evolving beyond ego became an evolutionary imperative.

So, THAT’S what’s happened to me! LOL, I’ve long known that I am to “do” something. I’ve never wanted to embrace how “huge” this thing I am to do might be, but there has always been a sense of Immense Importance to whatever it is, that I’m “supposed to do.” My entire life has been exactly that,  an evolutionary imperative to figure it out, “my life mission!” I never called it that, “evolutionary imperative,” but that’s what it was.
For those of you unaware, I founded http://weloveus.org over Easter weekend 2013. I believe it is exactly what I am to do, and I believe this email is the Universe’s way of patting me on the head and letting me know I should keep on keeping on, that I’m on the right track. I will tell you, I am enormously relieved! Given that this is what I’ve called a 20-30 year project, I’ll accept all the encouragement I can get! 🙂
We’ve moved from New Age Movement, back in the 20th Century, to Planetary Birth and Conscious Evolution Movements, but none of those terms have the force or potential as “The Evolutionary Imperative Movement” which then encourages “WE LOVE US Membership.”
Hmmmmmm, let’s ponder that for awhile. 🙂
Thank you, Dear Reader,, Namaste’
With Great Love,
<3 LAMP <3
P.S. I hope Craig’s message strikes others too and helps move them toward a realization of a larger responsibility. I had already “gotten the point,” but there are thousands or maybe even millions who are on that cusp, who don’t see their larger role yet…..this is fodder for another post, so to be continued……
P.P. S. I welcome your feedback, comments, questions!

Changes to help us grow our movement

How to get where I’m going?

We’re enjoying an ongoing winter this spring. I took this[...] 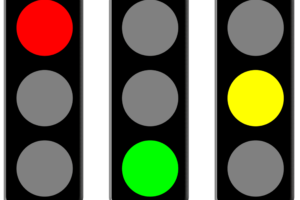 Not All Signs Should Be Followed

I live a life that is very intimate with Source.[...]