Doesn’t This Bug Anyone Else?

When I was in outside sales in the 80s & the 90s, I spent many a day behind the wheel, driving through numerous towns in the mid-west. Of all the things I saw during those travels, the thing that impressed me most was that of all the buildings, the ones that were the nicest, fanciest, the most decadent, the most beautifully landscaped were owned by insurance companies; or banks.

I’d rant to my friends back then-Why am I the only one bothered by this?? Doesn’t occur to anyone else that there’s something fundamentally wrong with this picture?

Today, one of the major news topics in the news is the “high cost of healthcare” and in most cases, the rest of the sentence is “because of the insurance premiums!”

I never understood, as I’d drive by fancy, ostentatious buildings, (Blue Cross & Blue Shield, for example), why people weren’t up in arms about the profits that insurance companies were clearly making. Why weren’t the economists raising a fuss? Why wasn’t anyone talking about what would happen if this trend continued?

Oh, we’re all about free-enterprise, and capitalism. Our founding fathers came here for religious freedom and somehow we’ve evolved into a country with a bunch of people who have taken that freedom and stretched it into a “freedom to make as much money as I want by ripping other people off!”

Somehow, what might have started out as a noble idea, “insurance” has now ruined our economy, driven us into a recession, and was recently at the heart of one of the largest debates, and most contentious fights our country has faced.

Morally corrupt individuals have contributed to raises in insurance premiums by scamming. Filing false claims inflated expenses, which then caused a rise in premiums. Then we figured out we could sue our doctors. We’ve become the most litigious society on the planet and quickly “malpractice” insurance became the hottest offering, and again, the cost of health care increased. The pharmaceutical companies have contributed dearly to the problems. Pushing pills that kill us, triggering more lawsuits. Then there’s the collusion between the doctors and the pharmaceutical companies, and more lawsuits.

I was once almost killed by an ultrasound technician who refused to honor or perform a test that had been ordered by my doctor, because “the insurance company” wouldn’t pay for it. It was a matter of life and death, and she chose, because of money her hospital might not be reimbursed for, death, for me. I went without the test and ended up in the hospital almost dead as a result.

After I recovered, I wanted revenge, not for revenge’s sake but to show the problem with the system. What I discovered was, had I actually ended up dead, my estate could have sued and would have won. But, I hadn’t died, so there was no revenge to be gotten. I couldn’t even get an apology. From anyone. Nor could I get any guarantee that others would not be treated the same way.

Little did I know, after that stay in the hospital, they would decide I was no longer insurable. See, the blood that I’d been born with had a little problem, and once I turned 40, it decided to act up. It didn’t matter that I’d paid health insurance premiums my entire adult life. The insurance companies looked at me, my age and my blood and just said NO.

But our debates about health reform don’t ever really get to the bottom of what is fundamentally wrong. Corporate greed is what life in America is ALL about now. We are no longer a country of pioneers making our way in the world; the driving force in this country now are the big corporations’ CEOs, their huge salaries, and bonuses.

Until we as a people are ready to be pioneers again, things will continue along as they are, with the insurance companies flaunting their profits, and holding us hostage.

The new administration managed to get some Health Care Reform Bill passed, but it will be a while before we see what, if any, real improvements get made. With Corporations being individuals now, I’m doubtful. 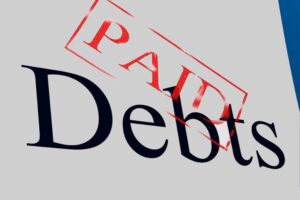 There’s no way to express the overwhelming number of blessings[...]